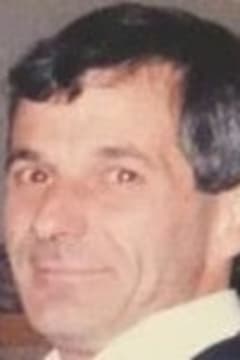 Wayne Edward Shenett, 64 of Rockland, passed away on June 4, 2021, after a brief battle with cancer.

He was born in Brockton, June 5, 1956, to Edward Shenett and the late Beverly (Duquette) Shenett. Wayne graduated from Rockland High School in 1974. He is a lifelong resident of Rockland and an avid Nascar fan.

Wayne was a very skilled drywaller who did many jobs for local celebrities on the south shore. He also was a very talented auto mechanic. Wayne was the type of guy that could fix or build anything.

He also was a person who would help anyone, best described by those closest to him as “the guy that would give the shirt of his own back” to help a total stranger or a friend. Wayne will always be remembered for his kindness and dedication to his family and friends.

Wayne is the husband of the late Susan (Ford) Shenett. He is the father to Denise (Shenett) Nichols and husband Vance of Clermont, Fl, Lynn Shenett-Beaucaire, and husband David of Rockland. As well as the brother of Tamie 54 Perry and husband Frank of Pembroke, and the late Corine Shenett. Wayne was the proud grandfather to Hailey Lynn Nichols and Blake Henry Beaucaire. He will be dearly missed by several nieces and nephews as well as extended family.

There will be a graveside service at Northville Cemetery in East Bridgewater at a date to be determined.

Wayne will be forever missed by his family and friends.

We will always remember that wonderful and quick witted personality. Every time I would come up and visit Wayne would always come to his mom's (Beverly's) and he would give me the biggest hug and just start with that personality. I will miss him dearly.
- Sharon VanAuken

RIP Wayne, you will be missed... Jane Arena
- Jane Arena
We met in middle school and became instant friends with the same goofy humor...we mighta kid him about his small stature but we knew about his giant heart and toughness....will miss your always present smile and laugh...Bob Mitchell Rockland
- Robert Mitchell