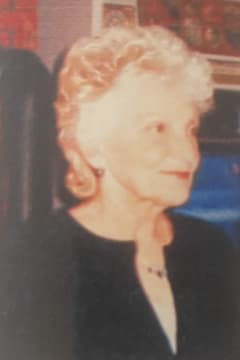 Virginia "Gigi" (Giacchetti) Horne passed away on Sunday, June 19, at South Shore Hospital. She was 89 years old. Born in Quincy, Gigi and her husband had lived in several towns over their 70 year marriage and currently resided in Rockland.

She had a more than 30 year career with Stop & Shop, where she worked as a cashier, but her favorite job was the loving details she put into designing, decorating and furnishing each home she and George had made over the years. Her favorite activity was tending to her home, but if you asked her which of the many things in life mattered even more to her, she would have told you it was the love of her family and dear friends.

Gigi is survived by her high school sweetheart, husband George and her daughter Leslee, also of Rockland. Her son George Jr and his wife Deborah of Hanson, as well as her dear grandson Bryan Horne and great-grandson Riley David Horne, who also reside in Hanson. She is also survived by her sister-in-law Barbara Giacchetti of Hingham and her sons Michael and Vincent and their families, and a niece Mary-Jo Calkins Kahler and nephew Jack Kahler and their families.

Gigi was the daughter of the late Vincenzo and Josephine (DeYulus) Giacchetti. Her great-grandson Anthony George Horne, Bryan's brother, preceded her in death and she was also sister to the late Judy Kahler and her husband Joe, both of Quincy, and the late Louis Giacchetti, husband of Barbara, from Hingham.

Friends and family are invited for visiting hours at Magoun Biggins Funeral Home at 135 Union Street in Rockland. Visiting hours will be held on Monday morning, June 27 from 9-11. There will be a graveside gathering for prayers afterwards at Lakeview Cemetery in Weymouth.