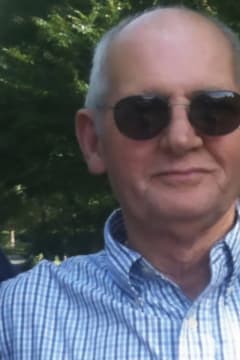 Thomas M. Lounsbury, 74, of Bridgewater, Massachusetts passed away peacefully on July 7, 2021, surrounded by his family.

He started truck driving at an early age, and was a very dedicated and hardworking person. He worked for Howland Disposal for many years, until he retired in 2016. He was known as “Papa Tom” to his friends and co-workers.

Tom had many interests. In his younger days, he loved camping and horses. He loved playing his numbers and scratching his scratch tickets. He liked old country music, and of course, big trucks and pickup trucks.

Despite working so much, Tom always found time for his family. He was generous and would bring gifts and food when visiting. He had a big heart and would truly do anything for his family. He was a fun person to be around, and was always joking and laughing. He was a proud man, as well he should have been, not only for the hard work he did, but all the great things he did for others. Tom left his mark on this world, and he left a great one at that.

My deepest condolences to Tom's family. Tom and I worked together through Howland Disposal and Ocean Spray. He was always ready with a joke and a smile. His work ethic was tremendous and he really cared about the job he was doing for Ocean Spray. He will always be remembered fondly and I will miss his smile.
- Patti Gallagher
I worked with Tommy for years at Holland disposal. He was a great guy! Always ready to help, always cheerful, fun to be with, funny. he always brought a smile to my face And I bet that's true for most everyone he know.
- Scott McLane

What great memories if my childhood, Tom had the most breathtaking horse King, with all the silver on his bridle and saddle. As a child I also remember riding in the back of his pickup truck blaring Baba O' Reilly's ( teenage waste land) he was always so kind and giving Reebok sneakers to all the kids in the neighborhood. Tom will always bring a smile to face, he will be missed.💔
- Tara McLaughlin
May you cherish the wonderful memories you shared, and the love you shared help ease your pain. Heaven gained a wonderful angel. With our love and sympathy, Bob & Natalie Nunes
- Bob & Natalie Nunes