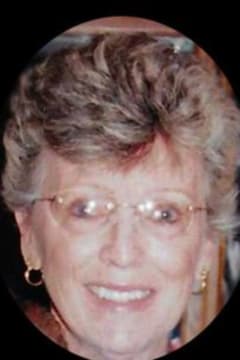 Selena (Foley) Kinman, 80, of Rockland, passed away peacefully at her home on May 23, 2021 after bravely battling cancer.

Born and raised in Dorchester, she was the daughter of Frederick T. Foley and Bridget (Fitzpatrick) Foley from Newfoundland, Canada. She was a graduate of the former Saint Patrick's High School in Roxbury and had been employed by the Rockland Public schools before retiring as the Food Service Director.

Selena was an avid reader, teapot collector and involved in her children and grandchildren's activities and adventures. She was passionate about staying active and would walk several miles each day. Accompanied by a friend, she was a daily morning fixture for many with a wave, smile and conversation.

She is survived by her beloved and devoted husband of 59 years, Luther Kinman, her children Jeffrey Kinman of Hanson, Michele Bissonnette and her husband Gary of Rockland, Suzanne MacNeil of Birmingham, MI, and Zachary Kinman of Rockland. She was a doting and proud grandmother to Rachael and Sydney. She is also survived by her sisters Lucille Foley, Mary Cook, brother Joseph Foley and sister-in-law Helen Foley. She is predeceased by her brothers Frederick and Robert Foley, sisters Teresa and Barbara Foley and son-in-law Derek MacNeil. She will be sadly missed by her prized Scottish Folds, Foley and Lenard.

Lou and the whole Kinman family, I send my deepest sympathy-Selena was a great person and as my boss she was the greatest of the greatest-May she rest in the sweetest of peace
- Dee Chaplin

Dear Michele, Zach and Family ...Deepest Sympathy to you on the loss of your mother...you are in prayers and I hope you find comfort in your memories...hugs.... Doris Jackson
- Doris
When I think of my Aunt Selena I see the twinkle of mischief in her eyes and her warm smile. I think of her laughter, tea pots, rubbings and other collections. I think of my Uncle Luther building cases for her beloved tea pot collection and anything else she might want. I think of the way they opened their home for family gatherings and how much it meant to be with family. Her friendship meant a lot to my mom and I know she will be sorely missed by her. She will be missed and I wish her family well and hope that their memories bring some sense of comfort!!! Love to you all!!! Laurie
- Laurie Fletcher

I remember Selena as a caring person who always had a smile and a kind word for everyone She was highly respected member of the Rockland School Department food service program. A.Scott MacKinlay - Rockland
- A.Scott MacKinlay

"Selena will be deeply missed. She welcomed us in their home when our daughter was graduating college years ago and we remember it until this day. I recall her collections in her special room and each item had a place in her heart. While living in Atlanta, Zach shared numerous fond memories of his mother, father and entire family. Our prayers are with you all during this time. Love, Mary, Terry and the Ramsaier Girls" – Mary Ramsaier-Kirk, Friend, May 25, 2021

"Our Sunday-evening calls for family updates and political views on changing the world will be forever missed. Prayers for your family. Their care was a wonderful example of compassion. Love you! Sister, Mary" – Mary Cook, North Quincy, MA, May 26, 2021

"My sincere condolences on Selena passing. She was an amazing lady with a wonderful sense of humor! She will be missed! God Bless" – Maureen Morrissey, Friend, Marlborough, MA, May 26, 2021

"We are so sorry for your loss. Our thoughts and prayers are with you, and your family during this very difficult time." – Barbara LaBollita, Friend, Rockland, MA, May 27, 2021