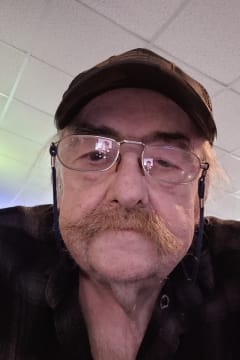 Obituary For Russell A Curran

Russell Albert Curran, a 45-year Resident of Rockland, MA, passed away at Home on December 19, 2022 at the age of 70.
He is survived by his loyal sons Russell M. Curran of Abington, MA and Chris P. Curran and his wife Verissa of Middleboro, MA. Three of his siblings: Mary Hall of Randolph, MA, John Curran of Ft. Myers, FL and George Curran of Braintree, MA. Russell is predeceased by his wife of 50 years Denise Curran earlier this year (2022). His eldest son Ian Curran (2020) and his only grandson Russell J. Curran. His sisters Patricia “Patsy” Curran and Nancy Moen and brother Daniel Curran.
Mr. Curran was raised in East Braintree, a mere block away from his future wife. He attended and graduated from the Braintree school system. After graduating in 1969, Russell, enlisted in the United States Army in 1972. After marrying Denise LeVangie in 1971 they grew their family. Ian came first in 1972, followed by Russell in 1974 and Chris in 1978. Buying a house in Rockland in 1977 in which to raise his growing family.
Russell worked for over 26 years at U.S. Repeating Arms Co., North Terminal in Hingham. When the terminal moved to So. Carolina in 1997, he spent the next couple years at Venture Tape in Rockland, followed by 15+ years at Control 7 Inc. in Bridgewater, MA.

Mr. Curran retired in 2017. A family-oriented man, Russell, would make sure to be with extended family for special occasions; Christmas, birthdays, weddings, vacations etc. Hanging out with his brothers and sisters and having a few beers was something that made him happy. He enjoyed electronics, taking them apart and putting them back together (sometimes a little modified). In retired life working in the garden and around the yard were his main hobbies. Spending time with his grandson was his greatest joy.
Russell spent his remaining years caring for his wife who was in failing health. He was a provider, a Husband, a father, a grandfather, a son, a brother, a friend. A very smart man who many would come to for some technical issuers to be resolved. This earned him the nickname “The Grand Imperial Wizard of All Things Great and Small”.
Russell will be missed. He goes to join those who left before him. His parents Edward (Bud) and Helen (Pat) Curran. His siblings Patsy , Daniel Curran and Nancy Moen. His son Ian and grandson Russell. Pain is over Paradise awaits. Rejoice in the sorrow of losing this good man.
Please Join us to celebrate the life of Russell Curran. A viewing shall be held at the Magoun-Biggins Funeral Home on Union Street in Rockland on Tuesday December 27, 2022 from 4pm – 7pm, and a funeral mass shall be held on Wednesday December 28, 2022 at 9am at the Holy Family Church on Union Street in Rockland, MA.