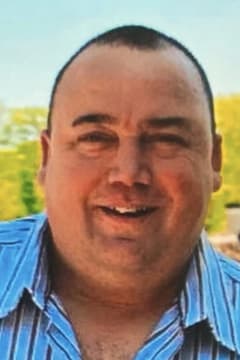 Ralph William Ewell III, 56, passed away on November 24th, 2021 unexpectedly in his home in Abington, Ma.
Ralph was born on July 10th, 1965, in Weymouth, Ma to Judith Ewell and the late Ralph Ewell II of Rockland, Ma. Ralph was one of seven children. He graduated from Rockland High School in 1984. Ralph followed in his father’s footsteps and pursued a successful career in carpet installation.

In Ralph's early years he was an avid and skilled hockey player. He played hockey all throughout high school and was Captain his senior year. Ralph enjoyed watching Boston sports, and faithfully wore his Bruins jersey throughout the hockey season.

Ralph had a heart of gold and was an extremely generous individual. He would give selflessly to those he loved and would do anything to make friends and family smile. Ralph was a funny man who was guilty of telling awful, corny jokes. Ralph’s love of animals was never more evident than the love he shared with “Snuggles” , the not so friendly and a bit chunky pup who only got along with him.

Ralph was a loving and devoted father of his two children Christopher Ewell and Tiffani Ewell. Christopher and Tiffani were his pride and joy that he would endlessly boast about to coworkers, family and friends.
In addition to Christopher and Tiffani, Ralph will be missed by his brother Timothy Ewell and his wife Rebecca, brother James Ewell and wife Stacey, his sister Eileen Dunn and husband Ronald, sister Suni Ewell and brothers Charles Harris and Walter Harris. Ralph also leaves behind 11 nieces and nephews. 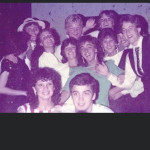