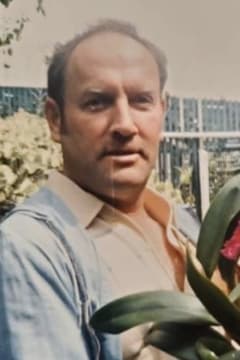 Peter L. Grover, 75, of Kingston, passed peacefully surrounded by family on September 2, 2021 at Beth Israel Deaconess Hospital in Plymouth after a recent illness.

Pete spent most of his life in Hanson and Halifax. He was born to Joseph and Ruth Grover on November 23, 1945. Pete was the only son of his loving parents and was surrounded by six doting sisters. He graduated from Whitman Hanson High School. He was a talented carpenter and mechanic and owned his own company, Peter Grover & Sons Carpentry.

He loved his Fords, his dogs, and country music. He was a master guitar player and played several local establishments. He was inducted into the Massachusetts Country Music Hall of Fame.

Pete tragically lost his only son, Peter “Petey” L. Grover, Jr. Following his loss, he grew close to his nephew Jason Beasley, and became like a father to him and countless others.

Pete left a lasting impact on several lives and will not be forgotten. Those he left behind will surely miss his good morning and good night posts on Facebook, as well as updates on the scores during every Red Sox game.

Pete was like a father to many and is survived by his “sons” Chris Bromley and Mark Simionetti. He was “Grampy” to their children Matthew, Mariah, Benjamin, Lilah, and Laila, Dillon, Xavier, Emilee, and Ryan. He is also survived by his step-son Nick Sanderson and his daughter Lily.

Pete is preceded in death by, and reunited with, his son Peter L. Grover, Jr., his parents Joseph V. B. and Ruth N. Grover, and his sisters Nancy Campbell, Sally Holland, and JoAnn Frazier.

Visiting hours will be held Monday, September 13th from 5pm to 8pm. All are welcome to attend.