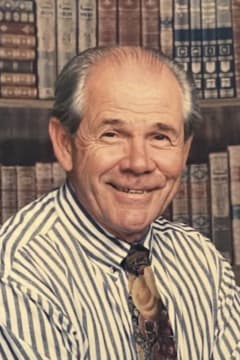 Leo Richard Wright (Dickie) passed away unexpectedly on January 7, 2023, in Florida. He is survived by his son Richard W. Wright of Dorchester, MA, son-in-law Kenneth M. Murphy of Randolph and his two grandchildren Erin Murphy of Abington, MA, and Jillian Weche (Murphy) and her husband Ryan of Holbrook, MA and great grandchildren, Max, Leo, and Kennedy.

Leo was predeceased by his wife of 64 years Mona E. Wright (Phillips) and his daughter Lisa Ann Wright-Murphy formerly of Abington, MA.

He was brother to Linda Rule (Wright) and her husband Curtis of Rockland, MA, and predeceased by the late Edna Swinimer (Wright), Lawrence T. Wright Jr., and William Wright.

Leo worked for Fabric Research Laboratories in Dedham MA, and subsequently the Albany International Company for over 30 years as a fabric research scientist. He was a veteran of the United States Army, serving his country repairing field artillery in the Korean War from 1955-1958. He was also active in the Rockland Kiwanis Club for many years.

Leo was acknowledged by the National Aeronautics and Space Administration for being part of the team that developed and manufactured PBI (polybenzimidazole) cord as an integral part of the sunshades that were carried aboard the first manned Skylab launch. The PBI cord was necessary to correct the thermal problems caused by the loss of the micrometeoroid shield during the Skylab I Launch.

Both he and Mona enjoyed time with family and hosted a slew of guests at their beach house at Saquish (Plymouth) Massachusetts, a location he and Mona always considered their happy place, sunning, boating, fishing, digging for steamers and quahogs and watching the sunsets from their deck.

Having enough of winter, Dick and Mona began spending the winters away in different parts of Florida before finally landing full time at The Villages, Florida in 2009.

At Leo’s requested no formal services will be held, but please find a way to honor him in your own special way. Donations can be made to the Alzheimer’s Association: