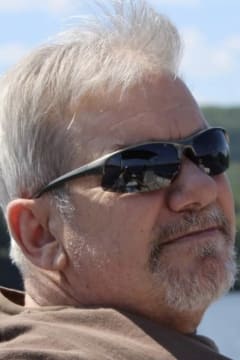 John “Jack” Paul McGrath Jr. passed away on July 18, 2021. He was the fiancée of Gail Clements. Jack was born in Boston, MA. Jack was the son of the late John Paul McGrath Sr. and Barbara Joan McGrath (Miller).

Jack enjoyed listening to The Beatles and Sports radio. He also liked watching the herring run and taking photos of the moon. Jack loved cooking his sauce and meatballs, and chicken noodle soup for everyone.

​Jack will be remembered for his witty remarks, sarcasm, and love for his family.

My thoughts and prayers for Jack's family I went to school with him I have not seen him for quite some time but I followed him on Instagram, rest in peace my friend
- James Day

Our heartfelt condolences to Gail and Family. Jack was a great Guy, Neighbor and Friend. We will remember him always. Love, Donna , Glen, Daniel & Kristen.
- Donna Ricker

Our heartfelt sympathy to Jack's family and friends. Although we seldom saw each other over the years we kept in touch via Facebook. I always enjoyed seeing his posts about family, friends and nature! Rest in peace. Love Mary-Ellen
- Mary-Ellen Coviello
My deepest sympathies to you all..I know he will be missed ..
- Beth DeLong