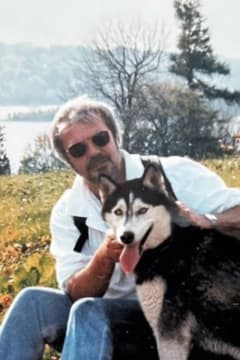 On Saturday, October 1st, Gerald (Jerry) M. Smith, a beloved father, and grandfather passed away at seventy-four years old. He was born on April 9th, 1948 to Clarence Smith and Doris Thorpe, he was one of six siblings the late Gary Smith, Jean Smith, and Kevin Smith, and survived by his oldest brother Bruce E. Smith. Jerry is also survived by his daughter Michelle and husband Mark Sheridan along with his two greatest joys, granddaughters Meghan B. Sheridan and Paige H. Sheridan. Jerry leaves behind many cousins from the O`Donnell family and the Chenevert family as well as his nieces and nephews, Dahlene Smith, Scott Smith, Little Bruce, Garrett Smith, and Taylor Smith. Jerry will be reuniting with his grandparents William Thorpe and Helen Delaney and his beloved wife Maria Kijek and dog Seaweed and many cats.

Jerry had a love for the sea which brought him to the Navy allowing him to travel the world, Jerry was awarded an accommodation for his service. Jerry spent many years at the U.S. Post Office, as a postal carrier, when he wasn't walking his route he was with his dog at Duxbury Beach or hiking/camping in the White Mountains, but most days he would be home with a cup of tea and a good book.
A celebration of Jerry's life will be held on Sunday, October 16th, during the hours 1 pm-4 pm at Magoun Biggins Funeral home in Rockland, MA.

Instead of flowers if those who wish to donate can do so at the following, Brain and Behavior Research Foundation and The American Society for the Prevention of Cruelty to Animals (ASPCA).