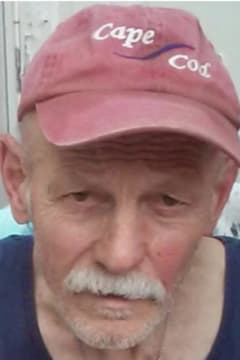 Gerald A. “Jerry” Cheslock passed away peacefully at home on January 30, 2022, at the age of 81, after a long and valiant battle with Parkinson’s Disease. Jerry leaves behind his one and only love, his wife Sandra and his brother-in-law Wayne Darragh. Jerry is survived by his older brother Edward and was predeceased by his younger brother Leonard. Jerry also leaves behind many nieces and nephews.

Originally from Cleveland, Ohio, Jerry met Sandy while stationed at the Charlestown Naval Yard. Jerry served four years in the United States Navy and was proud of his service. He was a member of the Carpenters’ Union, Local 56 Piledrivers for over 25 years and a very skilled welder. Later in life Jerry discovered a knack for sculpture and began to use his metalworking and welding skills to turn scrap metal into playful works of art. One of his sculptures was judged “Best in Show” at the North River Arts Society Festival of the Arts in 2010. His sculptures are found in the yards of family and friends throughout the South Shore and beyond.

Jerry was a regular participant in the Rock Steady boxing program at 110 Fitness, Rockland, for those battling Parkinson’s Disease. Jerry was constantly working in his yard or tinkering in his shed until no longer able to do so.

Relatives and friends are respectfully invited to a remembrance at the Magoun-Biggins Funeral Home, 135 Union Street, Rockland on Saturday, March 5 from 10 a.m. till noon. In lieu of flowers, donations in memory of Jerry may be made to the Michael J. Fox Foundation, P.O. Box 5014, Hagerstown, MD 21741-5014.