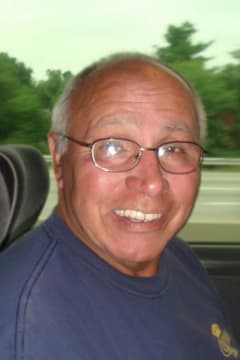 It is with great sadness the family of Daniel Reardon announces his passing, peacefully in his sleep after a hard-fought battle with cancer, on Sunday June 6th, 2021, at the age of 76.

Dan was the beloved son of the late Frank and Norma (Purcell) Reardon and brother to the late Thomas Reardon.
He was also predeceased by his long-time love Kathy MacDonald. He is survived and lovingly remembered by his sister Norma Casella, her husband Tony and brother Allen Reardon and his wife Kathryn. Dan will forever be remembered by his children James Reardon, his wife Jeanine and Jeffrey Reardon and his wife Kim. Forever remembered as "Grampa" to Andrew, Joseph, Carly, Jeffrey, his wife Jaclyn, and Haley Reardon. Dan will also be fondly remembered by many nieces, nephews, great nieces and great nephews. He will fondly be remembered by Dave MacDonald and Kristen MacDonald Roblero. Dan also leaves behind his beloved dog Herbie.

He served in the US Navy from 1965-1967 and when he came home returned to work at the Codman factory, on Plain Street, where he worked and remained there until it closed.

One thing Dan really loved to do was drive. He was always willing and available to give family and friends rides to appointments, shopping, the airport and the occasional ride just to get out and about.
Dan played baseball, position catcher, he joined town leagues and played till he was 40 when he said the ole back said enough. He loved all sports, especially when his grandchildren were involved and he was always there to cheer them on. When his granddaughters were cheerleaders and of course champions he made sure everyone watched the videos.

Later his great passion was cooking. Whether he was making his famous Sunday morning breakfasts or special of the day turkey or roast beef dinners, steaks, hamburgers and hotdogs, all were invited.
His, family, friends, and gang at the Eagles were his world. Dan was a proud Golden Eagle. He always looked forward to the trips planned to the Irish Village in Yarmouth, to Saratoga, and the Patriot games in Buffalo and loved sharing stories about them all. Every summer as soon as the sun came up, he could be found at his special spot at Nantasket Beach.

You will be deeply missed by all Dan, but at home you'll still be our Danny Boy!

The Reardon Family is eternally grateful to the Brockton VA Hospice Center for all of their care and support. In lieu of flowers, donations may be made in his memory to the V.A Boston Healthcare System, Hospice/Palliative Care, Brockton VAMC Campus, 950 Belmont St, Building #7, Brockton MA 02301.

The Reardon family invites friends and loved ones to celebrate Danny's life in the Magoun-Biggins Funeral Home on Monday June 14th from 5-8 PM. A Funeral Service will be held at The Rockland Aeirie of Eagles #841, 29 Park St. Rockland, on Tuesday June 15th at 10:30 AM.

I am so deeply saddened to hear of Danny's passing. He was one of the best when it came to having good time. I will forever cherish the wonderful memories and trips to the Irish Village and the Saratoga Race Track. He will be deeply missed ❤️
- Rhonda Nyman

Jim, Jeff and Family - We are sad to hear of Dan's passing. He was always smiling and went out of his way to say hello and give a hug. May he be at peace, free from pain and whole again. Sending our love and support in the days ahead - All the Quirks/ heaven and earth!
- Mike & Regina Quirk

Danny you were always the sweetest most giving person. You always had a special place in my heart. Jimmy and Jeffrey so many people loved your father and I am so sorry for your loss. Norma & Anthony, Allen & Kathy and all the kids, my thoughts and prayers are with you all. Love Karen Curtis
- Karen Curtis

Your family and friends will miss you Daniel, but I know you are in a better place, God give you eternal peace. "For to me to live is Christ, and to die is gain." ‭‭Philippians‬ ‭1:21‬ . I just saw you one time but it was a placer to talk with you. Edy Gómez
- Edy Gomez
Remembering so many fun times over the years Danny. Wherever you are, I know you'll be bringing a basket of smiles to share there too! Rest In Peace my friend! ❤️🙏🏻❤️
- Rosemary Villa

My Heart ❤ is broken over Danny's passing...at peace knowing Dan has reunited with my sister Kathy and how much he Loved her..Prayers to Jeff,Jim along with family members...Danny will have a special place in my heart next to Kathy,with Loving memories ,Doris Burns xo 💕
- Doris Burns

- Doris Burns
Hey Danny I'm so sorry to hear about your passing. We had a great time working at codman's together! Those were the days weren't they! Peace be with you Danny. Kathy.
- Katherine MacDonald
Dan- Simply one of the best.... I will miss you forever. Love you, Cindy
- Cindy Rapp

Danny you will be missed beyond words. May you find eternal peace & comfort...free from aches & pains. Keep that smile and the hearty laugh going ...which we will fondly remember you by.
- Dianne & Dan Cronin