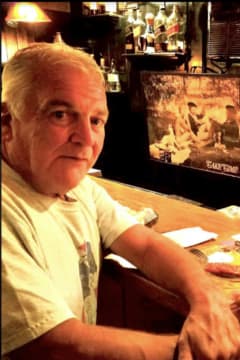 Daniel James Burrill, a lifelong resident of Rockland, passed away at the age of 68 on August 11th, 2021. He died peacefully and surrounded by family after a brief, but bravely fought battle with cancer.
He is survived by his daughters, Michelle Fiore and Jennifer Condon, his son in-laws Anthony Fiore and Michael Condon, his sister Ann Gardner and her husband Peter Gardner, his brother Robert Burrill along with his 7 Grandchildren; Maria Fiore, Abigail Condon, Ava Fiore, Grace Condon, Maegan Condon, Mikey Condon and Lucas Hannigan. He is also survived by his former spouse, Bette Burrill as well as many beloved nieces and nephews. Danny was predeceased by his son James Burrill and his parents Robert and Ann Burrill.
Danny was a skilled flooring installer and was a master at his craft. He was known as one the best tile installers around. He worked at several flooring companies over the years and made many friends along the way. He was a true connector and had the ability to bring a sense of cohesion to any group, especially at the local watering holes. His internal compass was one that let his life unfold instead of trying to control the direction. He went wherever life took him and was able to form quick and easy friendships every where he went.
His family and friends will remember him for his gregarious personality, his ability to light up the room with his charisma, and the overwhelming sense of pride he had for his children, as well as his grandchildren.
We take solace in knowing he is now at peace. We thank all of our family and friends for their support during this difficult time. We would also like to thank the care team at Beth Israel Hospital in Plymouth. The compassion and kindness of the nurses on 3 South and the Critical Care Unit is something we as a family will never forget.
Danny’s family invites friends and loved ones to celebrate his life on Tuesday August 17th at Magoun-Biggins Funeral Home from 5-8pm. A Funeral Home service will be held on Wednesday at 11am.