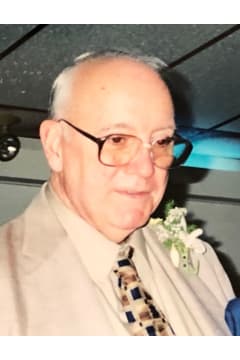 James F. Pitts Sr., 81 peacefully entered into eternity at South Shore Hospital on March 3, 2021 after a period of declining health. James was born in East Boston to George and Florence (Whalen) on April 22, 1939. He was one of 4 brothers.

Although he was born in east Boston James grew up in Somerville where he met the love of his life, Mary (Doherty).
He worked almost 20 years for the Massachusetts Bay Transit System (MBTA) before retiring due to a work accident. He was a retired member of the Boston Carmen's Union, Local 589. James also worked for years as the Sacristan at Holy Family Church in Rockland Ma.
James was a devoted member of the Holy Family Church and its community. He also enjoyed cooking for his family. The family always looked forward to his Holiday Dinners. James also took great joy in teasing his children about the sports teams they supported and coming up with fanciful theories to why the teams would not be successful.

James was predeceased in death by his parents, his son George and his oldest brother George He is survived by his wife of 59 years Mary; his children, Mary, James Jr (Jamie), David and Brian all of Rockland; his brothers, Henry of Malden and Linnwood (Lenny) Pelham, NH. James is also survived by many Nieces, Nephews, Grand Nieces and Grand Nephews. He was also devoted to his Siberian Huskies, Remy and Doolin.