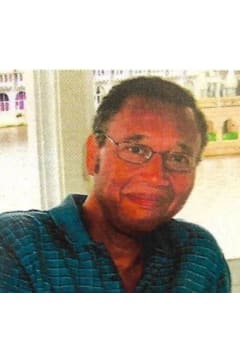 Born in Boston, MA, Ed was the son of Leon and Lucille (Coleman) Bailey. Ed attended Boston Latin School and Princeton University.
Ed had a great passion for trains, trolleys and muscle cars. It was through his love of trains and trolleys that moved him into the transportation field, allowing him to offer his expertise in planning, analyzing and offering solutions to the transportation issues in Boston, and the twenty-one years he spent in Chicago.
Muscle cars were also a source of great joy for Ed. Ed's love of GTO's began with his 1967, the 69 Judge, the 2004 or 2006 GTO I or more currently, his Cherry Red Chevy Camaro ZL1
Ed was a loving father to daughter Ami and son Don. Road trips were a big deal as Ami and Don were growing up. One of the most memorable times were the two trips Ed planned and drove across the United States, Mexico and Canada when they were growing up. As you might imagine, each trip was planned around â€”various train systems, from Boston, Californiaâ€”and the children became comfortable in finding their way around on these systems. Learning to read maps and bus/train schedules was another skill Ami and Don learned at an early age. It is little wonder that Don took right after his dad and has also become a car guru.
Grandchildren brought much joy to Ed. Grandsons Nickolas, Zachery, Andre and granddaughter, Janna provided many opportunities for Ed to enjoy the various sports and activities in which the grandchildren participated. Ed encouraged each of them to find their niche, and he spent many hours rooting them on in their various activities.
Besides his children and grandchildren, Ed leaves his sister, Margaret, former wife Annette, and a host of family and friends. He will be missed.

Ed and I became friends while we were both working for the Transportation Department of the Boston Redevelopment Authority in the sixties. He was always with a great sense of humor, and combined with his love of cars, we established a friendship which will always be remembered. He will be greatly missed.
- Philip Caruso
Ed was a long-time staff member of the Human Service Transportation Office of the Executive Office of Health and Human Services. His contributions to our department and to the consumers that we serve will forever be appreciated. Rest in heavenly peace Ed.
- Sharna Small Borsellino
May Ed rest in the loving arms of the Lord. Amen.
- Denise Janey
Ed and I worked together at the Department of Public Health and then at EOHS at Human Service Transportation. Ed was more than a co-worker, we were friends who stayed in touch after we both retired from the State. His love for his family, trains, Apple computers,detailed and technical spreadsheets, transportation in general, fast cars and loud music will always bring a smile to my face. My condolences to his family and friends. He was a wonderful man and a great person I was fortunate to know and will never forget. Rest in Peace.
- Gail Hill
I am so very sorry to hear this. Ed with the "gentle giant" of transportation for EI services and one of the nicest gentleman one could ever meet. Always had a smile, always willing to help. He was so proud of his children and his grandchildren - I am so very sorry for your loss. Mary Dennehy-Colorusso, former co-worker, MA Department of Public Health.
- Mary Dennehy-Colorusso
I remember Ed as a kind and gentle soul. His soft voice and calm manner were welcome in the bustle of transportation needs for young children in Early Intervention. He will be missed but not forgotten.
- Lynne Deschamps
Cousin Edward will greatly be missed. Sending you all a lot of love and hoping to see you all in the future
- Naima Jefferson Jefferson
I had the chance to meet Ed in Boston in 2000. I was a student and had the great opportunity to work as a part time position in Human service transportation company. Ed was a great manager and we kept in touch although I was graduated or even when I returned to France. Ed was very friendly, professional and always smiling. He was very proud of his grand children. My sincere condolences to the family. I won't ever forget my first boss in USA and the best one... God bless him and rest in peace.
His French friend Nadine
- Nadine Faure
Ed was such a great neighbor - wish I would have known he was close by! I would have brought him key lime pie!!
I will miss his chats and always offering to help me in any way - even with his cane or crutches - he was such a caring person!!
May he Rest In Peace!!
- Debbie Tutty
I was Ed's roommate at Princeton during our sophomore year. He was a fun, hard working guy.. I remember his stories and love of trolleys. I was from Philadelphia, and he assured me that he actually "borrowed" and drove one evening the Germantown Avenue old fashioned track trolley which I used to take in high school. He was a fine man. Len Hirsh
- Len Hirsh
I had the good fortune to work with Ed at the Boston Redevelopment Authority (BRA). What a great guy and co-worker.I recall when he got his first (muscle car, how much he enjoyed it and what a great ride it was.
We lost contact once I left to back to school and he eventually left for Chicago.
I never new that he was a Princeton graduate. Always a modest guy. Go Tigers!!